Why You Shouldn’t Rely on Bleach for Bathroom Cleaning 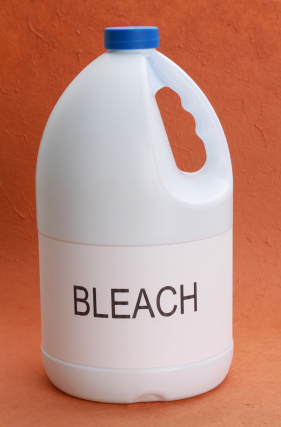 Put the bottle of bleach down and step away!

Bleach is a disinfectant, but that doesn’t make it a cleaner. In fact, by using bleach as your bathroom cleaner, you could be causing long-term damage—as well as leaving behind mold, dirt, and other unsavory coatings on your bathroom surfaces.

Popular though it may be as an ingredient in many cleaning solutions, bleach on its own can’t safely and effectively clean. In fact, it has the potential to just cover up dirt and grime by making them transparent. This happens because bleach changes the molecular structure of some substances, making them appear lighter. So, hey, you’ll still have soil, but at least it will be invisible soil!

Many people have the misconception that bleach kills mold spores. It doesn’t. It only loosens their hold on a surface, after which time you need to put in some serious elbow grease to truly whisk away that mold. And mold is a nasty bugger to fight, so miss a spot, and it comes right back with a vengeance.

Bleach has a corroding effect on many surfaces in the bathroom. Use it on your metal fixtures, and in due time, you’ll see deterioration. Use it on your countertops, and they’re likely to discolor over time. Use it on your floor, and it will break down the floor coating.

We’ve seen firsthand the damage bleach can do to countertops and metal fixtures. This is particularly true with people who have white countertops. Believing that the best way to make those white countertops their most brilliant white, spray bleaches are used again and again. And, of course, initially the bleach seems to do the trick. Eventually, though, the white countertops begin to take on a yellow cast, and then they need replacing.

Do yourself a favor and make sure bleach has only a supporting role in your cleaning regimen. Using the right cleaners is an important way to extend the life of your bathroom surfaces!