Here at Bath Fixer we pride ourselves in knowing a thing or two about bathroom remodeling. But, even a novice could avoid some of the problems the Sochi Olympics is experiencing. 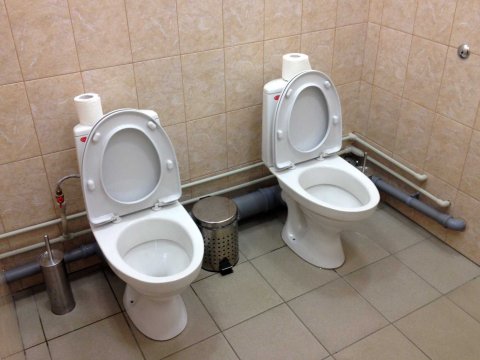 Troubles began a few weeks ago when a photo started to make the rounds on Twitter showing two toilets in a public restroom positioned about as close as two seats on an airplane. Privacy issues notwithstanding, you always want to make sure you have plenty of elbow room in your bathroom. Even the tightest of bathrooms can me optimized to keep people from feeling cramped.

Then we have the issue with the flushing. One reporter said that people were being asked to only flush the toilet water, while depositing the toilet paper in a trash can. Sanitary issues aside, this seems to also be an issue of water pressure. We work with both manufacturers, homeowners, and builders to make sure the right toilet is used for the right situation. We can point you in the direction of units that save water, and have the pressure needed.

Finally, the general ergonomics of a bathroom. The Sochi bathrooms seem to be, at best, functional. But, not comfortable. When doing a bathroom remodel, consider who will be using the bathroom, how often, and by how many people. A guest bathroom versus a kids bathroom will have different approaches.

For most people the fixes are simple and affordable. For the folks in Sochi… well… we might have to spend some extra time with those!