Our homes are an extension of who we are. They’re where we build memories, feel most comfortable being ourselves, and find refuge from the world outside. Who wouldn’t dig in their heels to keep old age from pushing them elsewhere? Aging in Place is the technical term for being able to age comfortably and safely in the place you call home. It’s about living that dream of living at home for good.

Bathroom safety is a hot topic with Aging in Place. In fact, bathroom hazards are one of the prime reasons people leave their homes in their older years. Something as minor as weak knees can make something as basic as climbing into the tub look like a slow-motion River Dance gone awry. But it’s really no laughing matter: Bathroom injuries aren’t usually fatal but can get pretty severe. 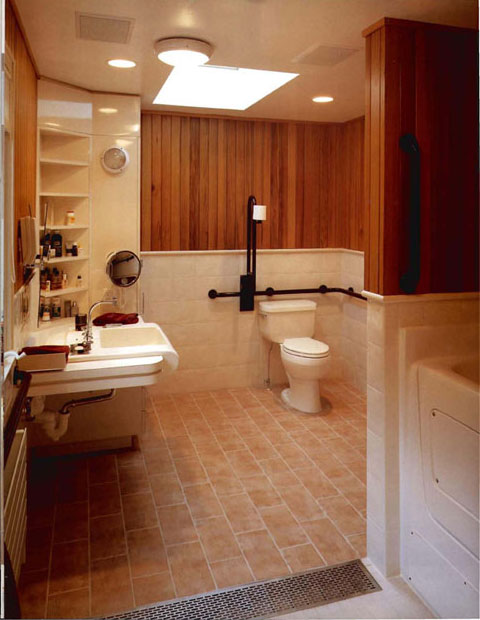 We find that by the time we reach clients who have bath safety concerns; many of them have already tried stopgaps. Maybe they’ve added a shower seat or put in a rubberized bath mat. Sometimes people just move things around so that there’s a piece of solid furniture to grab in order to get up or down off the toilet. They’ve moved bath essentials like linens and toiletries to higher cabinets to give their backs and knees relief from bending down. In other words, they’ve put off the inevitable as long as they can. It’s now time to consider something more – a walk in bath is just one example.

We think we know. In general, safety updates just aren’t as fun or glam as cosmetic ones. Perhaps more powerful than that, they can make you feel like old age is breathing down your neck, like you’re in the very thick of Aging in Place. The truth is that everyone—not just the elderly—could stand to put safety front and center in their bathrooms. Consider this:

One Center for Disease Control study showed that in 2008, more than 234,000 persons aged FIFTEEN or older were treated in our nation’s emergency rooms for non-fatal bathroom injuries. Fifteen! It would seem fair to figure that the cases were heavily weighted toward the elderly, but nope, not really so. Turns out there were approximately the same number of cases reported in each 10-year age group. That was kind of surprising even to us!

So, here’s the takeaway: Safety updates aren’t just for those focused on Aging in Place. Certainly that’s a group that needs to think about them. But take it from the doctors in your local ER, they’re important for everyone else, too.